The 2015 Energy [R]evolution report, the latest in a series that has offered the most accurate projections of any major analysis, worldwide, says that for the first time, the path to 100 percent renewable is cost-neutral. In addition, no new technological advancements are needed, the report says.

“It’s basically political will,” Emily Rochon, a global energy strategist at Greenpeace, told ThinkProgress. “The primary premise of the Energy [R]evolution scenario is we have all of the solutions already on the table to get there.”

Under the scenario outlined in the report, global CO2 emissions would be stabilized by 2020 and would approach zero in 2050. Fossil fuels would be phased out, beginning with the most carbon-intensive sources. By 2030, two-thirds of the world’s electricity could come from renewable sources such as wind and solar.

Transitioning to renewable energy is the only way to significantly decrease carbon emissions. In the United States, a third of emissions come from the electricity sector, another quarter comes from transportation, and industry — largely through electricity use and fossil fuel consumption — accounts for another 20 percent. The United States has committed to reducing its greenhouse gas emissions by 26-28 percent by 2030, as part of its participation in the United Nations Framework Convention on Climate Change. Global leaders will meet in Paris in December with the goal of developing a broad climate treaty to prevent average global temperatures from climbing past 2°C.

Economic considerations are often cited as a major hurdle to transitioning to renewable energy, but the Greenpeace report found that at every point during the transition, there would be more energy jobs than before. Rochon pointed out that during the economic downturn, the solar industry saw double-digit job growth.

“Renewable energy definitely means more on the jobs front,” Rochon said. By 2030, renewable energy will account for 87 percent of the jobs in the energy sector, the report says. The authors estimate there will be 9.7 million people working in solar PV.

The cost of developing renewable energy sources has fallen steeply in recent years, and, at this point, the fuel savings are “cost neutral” with investment in renewable energy, Rochon said. Amazingly, this is possible even though worldwide, governments pay $5.3 trillion annually to subsidize fossil fuels, according to a study by the International Energy Agency.

“Despite the fact that the playing field isn’t level and is tilted in the favor of fossil fuels, renewable energy sources are still winning,” Rochon told ThinkProgress.

“A renewable energy future is within reach,” Rochon said. “It’s really up to our political leaders to say, yes, and we can do the work to get there.” 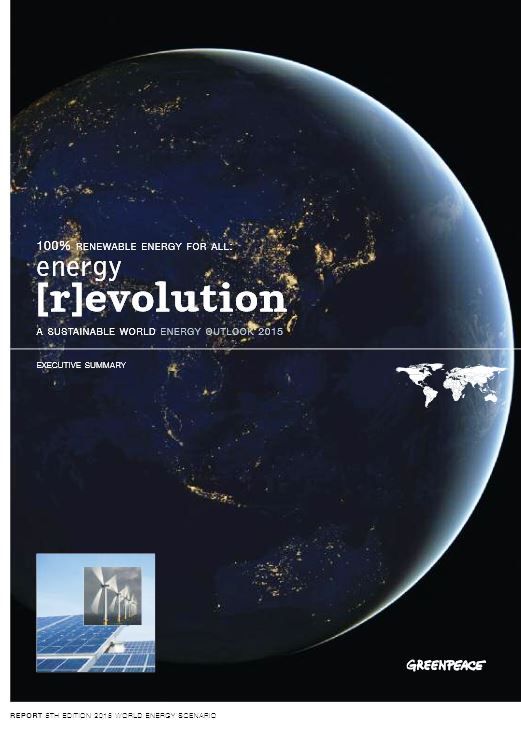